Writing history: getting it right

After months of tip-toeing through the minefield that is accuracy in historical fiction I have arrived at two guiding principles.

First: The truth is out there (but it doesn’t tell the whole story).

On his website producer and writer Jonathan Ruffles describes the method used by the writers of BBC Radio’s drama Tommies.

Each episode of the long-running series is based on unit diaries for a particular 24 hour period yet somehow manages within this constraint to tell an engaging and coherent story of individuals. The premise is that the Tommies characters were there (on the Western Front, in East Africa, in Slovenia) and involved i

n real-life events but escaped being cited in the official account because they are the sort of people who tend to slip by unnoticed; officers in transit or on unorthodox business, unnamed private soldiers and civilians – and women.

This approach respects the truth and stands up to historical scrutiny whilst allowing  freedom to tell new stories; in my case of suffragettes who didn’t quite make the headlines and soldiers who weren’t always were they were supposed to be. It also allows for innovation, imagination, and indulgence in “informed suspicions” – and that, for the writer of historical fiction, is when the fun starts.

Nothing happens in my story that could not have happened in real-life.

Second: The Prime Directive applies to writers of historical fiction as well as starship captains.

The Prime Directive is a conceptual law in the fictional universe of Star Trek which prohibits starship crews from using their superior technology to impose their own values or ideals on less developed civilisations. (Some say that the Directive is not just a clever plot device but a critical commentary on the United States’ foreign policy – but that’s for another day.) 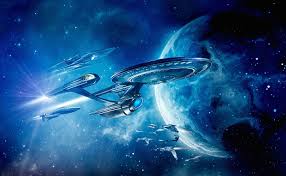 Writers of historical fiction also have the power to change the face of history in their chosen time and, like starship captains, we should resist, however seductive the opposition or compelling the strategic reasons to do otherwise.

Hilary Mantel stirred things up recently when she used one of her Reith Lectures to accuse (unnamed) female writers of ignoring the historical reality and painting women of the past in their own image; that is, as both empowered and proactive. As author Mark Sullivan says: “the best historical writers get in the minds of their characters in accordance with their times“.

The issue here is that the average early twentieth century man was (by today’s standards) unacceptably snobbish, racist and misogynistic – and the average woman largely complicit with this behaviour because she knew no alternative. The challenge is therefore to create characters with whom modern readers can identify whilst remaining true to the behaviour and attitudes of the time.

My response to this dilemma is immersive research including contemporaneous novels and journals complete with occasional uncomfortable opinions and cringe-making sentiments. (One blogger likens this approach to moving beyond the tourist and ex-patriate phases of inhabiting a foreign country to “going native”.) The aim is to reach a place where although one may not condone certain behaviours one can at least accept and understand in context – and so be in a better place to present these behaviours to the modern reader.

The bottom line for writers of historical fiction is to avoid writing anything that would cause our readers to fail GCSE history exam. The absolute bottom line is probably to make sure we have readers in the first place 😉

This site uses Akismet to reduce spam. Learn how your comment data is processed.

War Through Other Stuff

Information and updates on the War Through Other Stuff Society

THE CHRONICLES OF HISTORY

Writers group run by Blackwell's Bookshop and The Oxford Editors

newspapers and the great war

Thoughts of a wife, mother and historian (not necessarily in that order).

Letters home from five brothers during the First World War

The home of the Four Nations History Network